The hawt chicks & links wishes you all a speedy recovery or a pleasant self-imposed isolation period in your studies and dens, workshops and barns, and garages. Whether you’re on a diet of rice and beans or frozen TV dinners, what really counts is whether you lose contact with the internet. Because we all know that if that happens then most of you will melt down into a puddle of rage. During these times the discordant leftist ideological cant will be raised up to a volume level of 11 by those who have no other choice but to double down again and again. So if you don’t go to a Chinese restaurant now then that makes you a racist. I think that we are very close to people in general accepting the racist tag with open pride.

Last night I popped down to the supermarket to get a couple of fresh food items and the place had been hit by a swarm of locusts. So it’s finally happened here in the Netherlands as well. What do the Dutchies value above all other things? Bread. They really want bread. Keep in mind that the average bread section in a Dutch supermarket stretches the length of 17 football fields, so to see one stripped and gasping for air was really quite something.

They also really like yogurt, which sucks because that was what I was down there to buy. Oh wells, I just got some more beer. It goes without saying that the vegan and health food section was still full of what they call food.

I also got my monthly haircut last night while my friendly barber breathed all over me at close range. Mind you, I breathed all over him as well and who knows where I’ve been. Probably the 13th circle of Hell for all he knows.

So let’s have a look at this week’s links and chicks and settle in to a few weeks of the end times.

The abstract idea that has taken the biggest hit over the last week has been the twin theories of open borders and free trade. Yes, we can slowly hollow out our economies over a few decades while sending our lower middle and lower classes into impoverishment and drug use just so long as we get rich and we have cheap hired help for the house. No problem there at all. But when the plague hits and we’re at risk too? Holy bazoonkers, Batman; we can’t have that.

Meanwhile, the US is finally taking a look at the perils of having so much of our pharmaceutical production in an enemy country that is prone to plagues, and is considering a push to bring the US’ medicine and drug production back home.

“The global spread of the coronavirus is reigniting efforts by the Trump administration to encourage more American manufacturing of pharmaceuticals and reduce dependence on China for the drugs and medical products that fuel the federal health care system.The effort includes a push by the White House trade adviser Peter Navarro to tighten “Buy American” laws so federal agencies are required to purchase American-made pharmaceuticals and medical equipment, according to people with knowledge of the plans.”

One of the reasons that the Wuhan virus has hit Italy so hard is because that country sold its leather goods soul to the Chinese back in the late 90s. Northern Italy has several hundred thousand ethnic Chinese living there and there are direct flights back to the Wuhan area of China. It would be interesting to know the ethnic makeup of virus victims in Italy. If that news gets out then the next interesting step will be to see how welcome these immigrant Chinese will remain.

New Zealand this morning more or less closed its borders. So now you’re saying open borders and the free movement of people are bad when it suits you. In other words, when you are directly imperiled. If a certain number of immigrants are bad but are certain number are good then the entire argument collapses upon itself.

Because once you admit that open borders are bad and that there has to be limits, all you are arguing over is a number.

All you are arguing over is a number, and numbers aren’t racist. They are just numbers. And what really matters is what effect you think any given number of immigrants will have on the country – economically (both at the individual and national level), environmentally, and culturally. And the reality is that any immigrant limit you set that would be politically palatable is far, far lower than the number of people on this planet who would like to come here, so there isn’t even any pretense that we can “save” all of the people living in misery.

Apparently this woman is a golfer.

An excellent piece on what happens when a husband begins to fear the reaction of his wife.

To summarize the past few posts, a husband is most effective (and godly) when he doesn’t fear his wife. His priority should always be fearing God by trying to do the right thing. A husband that fears his wife (or fears what she might think or fears divorce) will start to change his actions based on what she might think which leads him down the road of capitulation and attempting to make her happy. He becomes a yes dear man, which can often lead to divorce.

One of the classic distinctions is in the intentions and the process. Too often men will think “oh, I gotta start working out because I want to be attractive for my wife” not understanding that while this is true, the very intention of prioritizing what she thinks makes it much easier to fall into the frame of mind to make her happy and change your desires to suit hers. For instance, if she’s not coming around for submission or sex, it can lead men to think that “if only I become more attractive then she’ll come around.”

This is one of the traps of conventional RP thought that often rears it’s ugly head. RP tries to get around this by saying “do it for yourself,” but that only goes so far because most men are never really doing it for themselves. At least initially.

Universities have become mental asylums for the weak and insipid. I hope that they keep the colleges ope over this period and that all faculty and students are encouraged to freely mingle in close proximity.

A recent Policy Exchange report on censorship in universities regarded the 2010 Equality Act as the source of much of the perniciousness around free speech. Student union officers now assert that deplatforming and safe spaces are a statutory requirement, as Muslim or transgender students are said to require protection from actual or perceived slight. Again, the tactic is revealed. The goal is not to protect minorities, howsoever defined. It is to suppress debate. These censorial tactics permeate every activity in academe. Only a brave scholar will touch sensitive topics, and consequently lectures are becoming insufferably bland.

Many people, however, are tiring of this censoriousness. Blatant hypocrisies betray the censors and their casuistry. They have seen how ‘national treasure’ personalities are thrown to the wolves for the tiniest lapse on Twitter, while the police are knocking on doors for ‘non-crime hate incidents’. A backlash has begun, though things will probably get worse before they get better as illiberal die-hards try desperately to maintain their grip on institutions. The commentariat is horrified by the launch of the Free Speech Union, with numerous reactionary articles in the Guardian.

A further tactical ruse is to ensure that anyone accused of racism or transphobia will be defined by this smear, irrespective of context or evidence. According to that pillar of moral rectitude, Owen Jones, anyone identified as a hater (on his terms) has no right to complain: –

Go on, accuse me of “transphobia” and your “racism” and any other made up words that you’ve got these days. I wear your accusations like badges of pride. Pretty soon they’ll start accusing us of “socialistphobia”. If ever a real made up phobia existed it would be that one. Or, “dickheadphobia”.

More news from the bisexual wars.

You can read the rest of that, in case you didn’t already know that Amber Heard is an evil lying bitch. And some of you young fellows may say, “Well, it’s not fair to use that evil lying bitch as an example of the entire bisexual community.” To which I reply, “Who said anything about ‘fairness’? This is about saving your life, son.” Johnny Depp was one of the most popular movie stars of the century, a multimillionaire, and now his life is ruined. Why? Because he married a bisexual, that’s why.

Getting serious in Italy now pic.twitter.com/sdoc0krIaL

A sample from Cappy’s/not-Cappy’s new book. The sample is titled, What gives humans value?

Therefore, if you wish to have any value (at least here on planet Earth), you need to do one of two things. You either produce something of value other humans will willingly transact their time for through the use of money (as money is nothing more than their time converted into a physical exchangeable form), or you be an interesting enough human that people willingly spend their time directly with you as friends, colleagues, or lovers. But in either case, you will soon realize it is the transference of humans’ only and most precious commodity – time – that determines all value in society. Not money. Not traits. Not your gender. And not your political religion. Other people’s time.

This makes perfect sense since time is really the only commodity humans have. It is the only currency they can trade in. And so it should be no surprise that what ultimately determines the value of an individual human is how much of other people’s time they command either through the labor they offer or being such an interesting person people willingly want to spend their time with them. But to achieve either, be you a highly-paid surgeon or simply “The World’s Most Interesting Man,” there is only one way to do it.

And accomplishments are all that really matter in life.

I suppose that’s true up to a point. Unless you look like these two women. 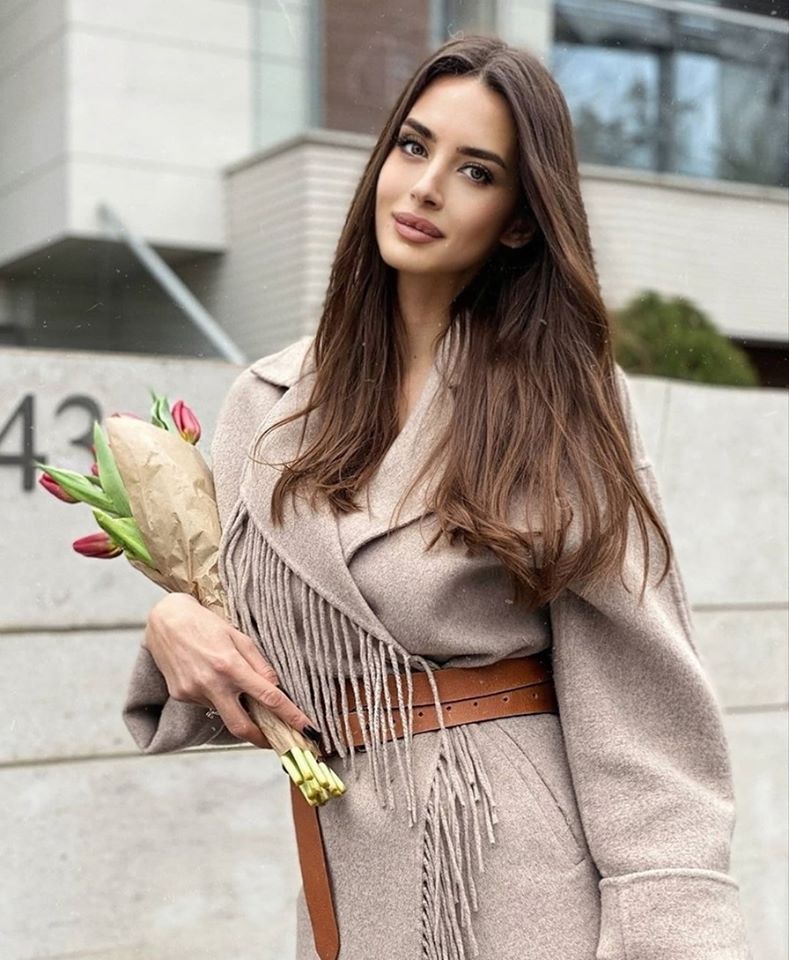 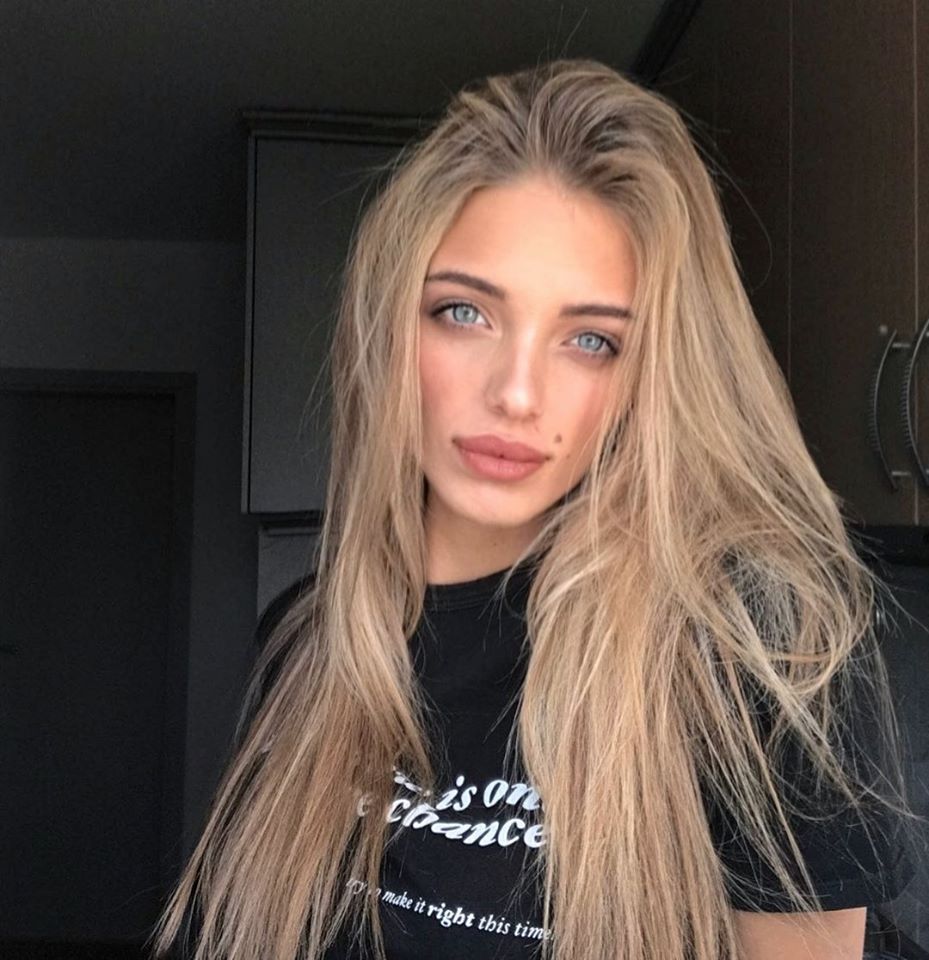