The Friday hawt chicks & links comes to you on an actual Friday which is due to your proud and overconfident host being officially on holidays which I have taken due to this whole global virus meltdown. At least a week off and maybe more depending on what my employer needs. These are difficult times but I am optimistic at how things will turn out. The thing is that due to crony capitalism our economies haven’t had a good clean out for a very long time; we were well overdue for a seismic economic event that would wipe the slate clean and allow fresh green business shoots to emerge. This is how economies work best, but due to mass regulation and the propping up of noncompetitive companies and corporations by government, (the aforementioned crony capitalism), the clean out has been artificially deferred for decades.

Take Virgin Airlines as an example. The Australian branch is breaking down the government’s doors in an attempt to pry $1.4 billion out of the Australian taxpayers. Let them crash and burn. If you haven’t had a bit of fat tucked away for unforeseen events such as this then why should anyone else look out for you? Companies complain about government interference in their business but then run crying with their empty cap in hand when things get tricky. You can’t have it both ways and the best way is for no government involvement at all apart from that of a most basic level.

Anyway, this is Good Friday which is always a very important time in the year. Jesus Himself once undertook a great clean out of vested interests that culminated in the events of this Holy weekend. So have good cheer and know that there is light at the end of the tunnel.

An interesting and thorough analysis of the Chinese-backed head of WHO.

After leading this charmed and privileged life, there was finally a stroke of bad luck for poor Dr. Tedros.  The TPLF wanted him to get the top job at the WHO in order to strengthen its influence within UN circles, and campaigned on his behalf.  However, at about the same time he was appointed, the TPLF lost power in Ethiopia and the new, Oromo Prime Minister was elected.  Hence, the present Ethiopian government is not overly fond of its homegrown hero, Dr. Tedros.  In fact, the biggest campaign for his removal comes from embittered rivals and victims of the TPLF rein of terror in his own country.

But why was China supporting Dr. Tedros, aside from their shared political philosophy of ethnic domination and soulless butchery?  And why has the WHO under his leadership been toadying up to China to such a ridiculous extent?

I look forward to part two. Trump has temporarily frozen US funding for the WHO. Let’s hope that he makes it a permanent decision.

Z-Man discusses the possible end of our 50 year gynocracy.

Of course, feminism has been hard hit by the rise of the gynocracy. The purpose of feminism for close to a century was to give homely women a reason to feel good about themselves. In a world where women are made hideous on the inside by the pointlessness of their existence, but given power over society, feminism has had to find a new audience. In the gynocracy, feminism is now the domain for those born insane, rather than those driven mad by the prevailing reality.

That may be the light at the end of the tunnel. Increasingly, women are seeing the disaster that is modern life for what it is. The slow flowering of traditional women living life as traditional wives and mothers is a little green shoot. Despite the bellowing from the media, Trump remains quite popular with married women. The contempt in which these women are held by the gynocrats suggests this is the Achilles heel. The end of the gynocracy is single women seeing a mom playing with her kids.

On the other hand, Aristophanes was surely right. Practical reality will break the gynocracy on the wheel of reality. The great lock-down is madness that will eventually force great changes. This hysterical response to the virus will force a lot of rethinking about practical matters, like the habit of outsourcing manufacturing to China and the outsourcing of child rearing to the state. This is what we may be witnessing in this great panic over the virus. it is the beginning of the end of the gynocracy.

This edition of women in the workforce has been brought to you by health and safety. 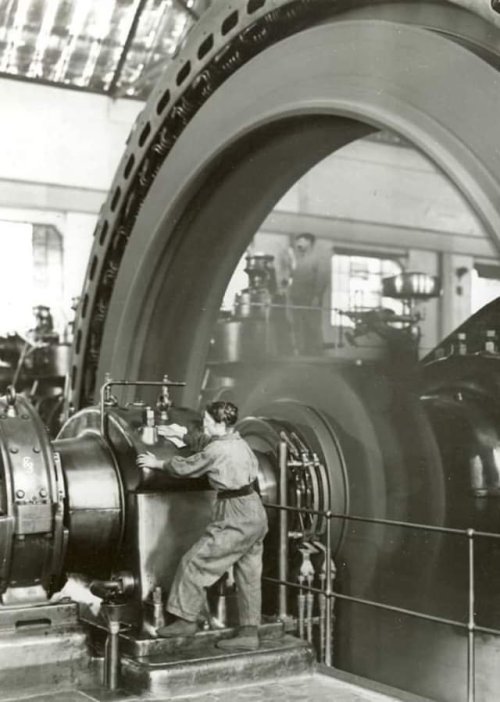 Sanders has quit his abortion of a run to be president.

My college-senior son is a Bernie Bro — don’t ask, it’s a painful subject — and he greeted the news of Bernie’s withdrawal by blasting the Soviet national anthem on his stereo, followed by “The Internationale.”

He’s an ironic socialist, I guess. And this is doom for the Democrats.

That’s not a painful subject; that’s cause for family breakdown. But will Biden be the nominee? Somehow I doubt it. My secret adsy-wadsy sense is tingling. Or that could just be due to me not having a drink yesterday.

This categorization of military officers also holds up in civilian life as well. I would classify myself as intelligent but lazy with bursts of diligence when I get inspired.

“I divide my officers into four groups. There are clever, diligent, stupid, and lazy officers. Usually two characteristics are combined. Some are clever and diligent — their place is the General Staff. The next lot are stupid and lazy — they make up 90 percent of every army and are suited to routine duties. Anyone who is both clever and lazy is qualified for the highest leadership duties, because he possesses the intellectual clarity and the composure necessary for difficult decisions. One must beware of anyone who is stupid and diligent — he must not be entrusted with any responsibility because he will always cause only mischief.”

On the subject of officers, Didact has a good follow-up on the captain who was relieved of his command of a US aircraft carrier last week. I never served in the military so I’ll let all you military dawgs fight this one out.

According to what the Secretary of the Navy’s office had to say on the matter, Capt. Crozier did not respect the chain of command. He flouted it, willingly and directly, by sending his memo to people who should not have been copied on it, over unsecured and unclassified systems.

Is all of that true?

I don’t know. Until Capt. Crozier’s case is dealt with through the military tribunal system, any speculation on my part, or anyone else’s, on the subject, is precisely that – speculation.

However, all of the evidence that we have, indicates that the Captain went right above his own boss’s head – a boss whose stateroom was literally down the hall from his own.

It gets rather worse, though, and this is where Captain Crozier definitely made a big mistake – again, assuming that the charges against him are true, which is not for me to decide.

As retired Navy SEAL Commander Ryan Zinke points out, an American supercarrier is a symbol of power, prestige, and hegemony no matter where it sails or what it does. The sight of an American carrier is awe-inspiring no matter where you are, or from what era that carrier happens to be – I’ve stood on the deck of the USS Intrepid at least four times, and I’ve come away from each and every experience with stars in my eyes even in my mid-thirties.

What Captain Crozier allegedly did was to inadvertently reveal, through insecure communications channels, that one of America’s 11 supercarriers had a potentially lethal disease onboard and therefore could be combat-ineffective – during a tour of duty in the Pacific Ocean while tensions with China, the very nation responsible for crippling the entire WORLD, are significantly raised.

A rewarding interview with Billionaire playboy writer Taki where he plays his desert island disk selections.

This is one of my very favourite albums from the 90s and one which I still have to pick up on vinyl. Every track is a winner.

The cancellation of Woody Allen’s forthcoming book by its original publisher was another shot in the feminism and gynocracy wars.

The decision to cancel Mr. Allen’s book was a difficult one,” said a spokesman for the publisher (so difficult it took twenty-four hours to achieve). “At hbg we take our relationships with authors very seriously, and do not cancel books lightly. We have published and will continue to publish many challenging books.”

Translation: Hachette, as Oscar Wilde said in another context, can resist anything except temptation. Just so long as a book does not attract the ire of the politically correct establishment, the firm is all for publishing “challenging” books. (Item: Commandant of Auschwitz, a memoir by Rudolf Hoess, is published by Hachette.) But trespass on that PC orthodoxy and watch the capitulation, leavened by moralistic hand-wringing, begin. As Groucho Marx is supposed to have said, “These are my principles. If you don’t like them, I have others.”

Priests reveal the increase of demonic activity in this time.

I called another priest.

“A great heaviness has entered into my priesthood. This time has been the biggest test of my priesthood, and I guess of my life,” said the priest, known for his cheerfulness, work ethic and devotion to Our Lady. “I do think the Evil One is hitting the priests hardest now. His number one tool is his spirit of discouragement. His M.O. is to make it seem like we’re accomplishing nothing as a priest. Why pray? Why sit by the window [for outdoor confessions] when no one comes. Why make another [senseless] video on the need for prayer during COVID-19 when no one watches? It’s like his voice says, ‘You’re worthless now as a priest – you’re detached from your people, and they aren’t praying or paying attention anyway’.

“But I know it’s a big lie and it’s the voice of the devil. And when the oppression really comes, I just keep going back to the tabernacle, where everything becomes clear. I am a mediator between God and man, My prayers, Holy Hours and spiritual work must be exercised now. The work of a mediator is a beautiful offering in this dry period because not only does it give me something to offer my parishioners – the rosary, visits to Blessed Sacrament, the reading of scripture, fasting – but everything I do now becomes essential in this spiritually dry period.

“During these dry times, in a sense, I need to become even more active, With my folks cut off, I need to be in the trenches for them now. And the Christ that lives in me puts me in this battle. This is a time for a priest to shine. He shines because he fights the oppression against himself and against the parishioners that he’s become separated from.” 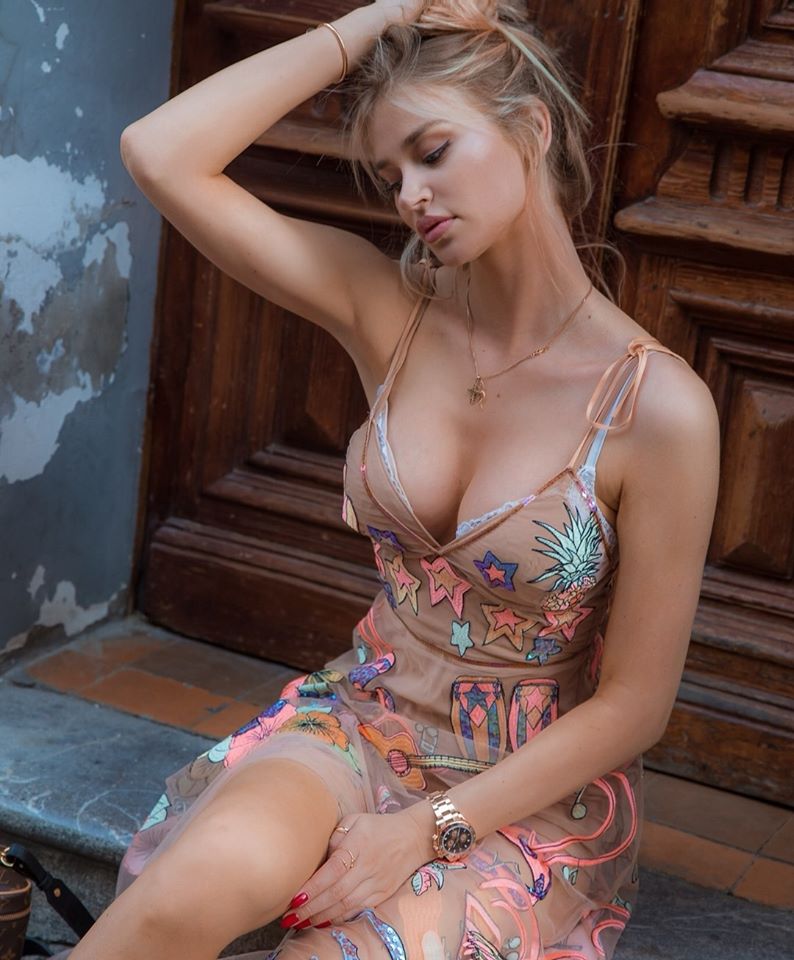 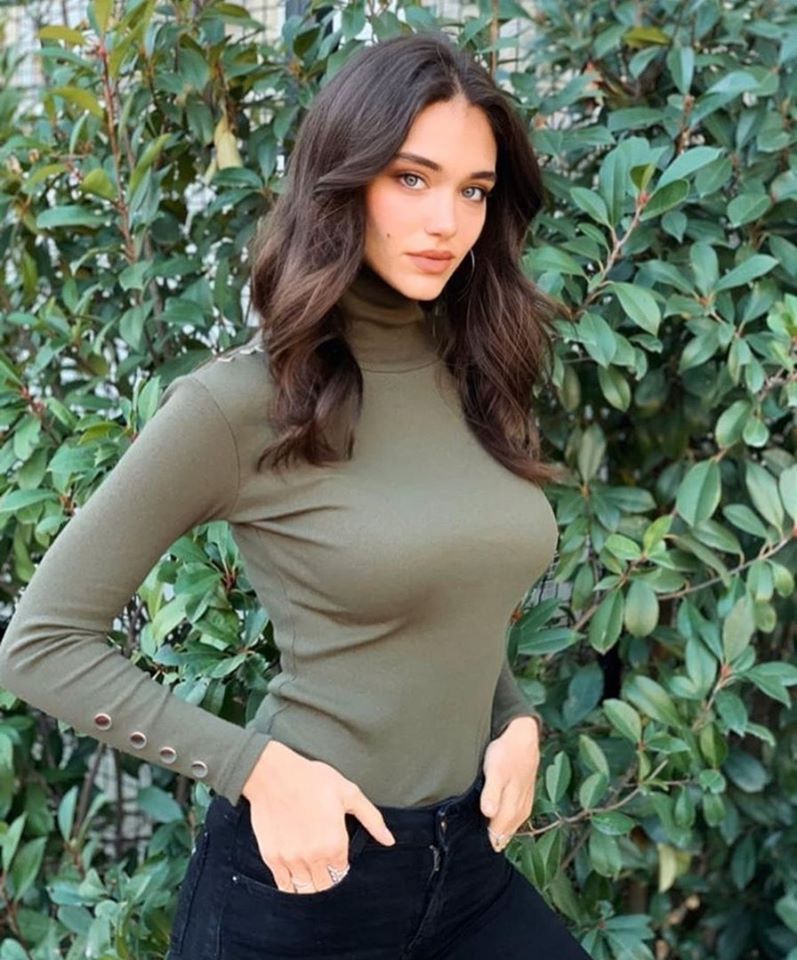