You see? We’ve already helped you. We’ve already made your life better. Just like that! The Friday hawt chicks & links is helping to make the world a better place. Through you. It’s all about you. You’re the driving factor in this. So in effect, you’re making the world a better place just be participating like this. Isn’t it wonderful? Can’t you feel the endless possibilities out there? The world is just full of infinite potential. It’s all in your own hands. All you have to do is to let us put it there for you. And the best part is that you’ll suddenly discover how many like minded people you meet that think just like you, and who have the very same opinions that you do! No more of that messy and uncomfortable arguing when some jerk comes up with a pithy comment on one of your carefully calibrated observations and blows you out of the water, leaving you sitting there in a misery of social ineptitude as you lose the support of all of your friends. That will never happen to you again! Not only that but you can turn it around; you will be the one tossing out the pithy putdowns. How about that? Think about how smart you will feel when that happens. It doesn’t get any better than this, big fella. It surely doesn’t get any better than this at all.

Click read more to continue and be one of us. Go on, you can do it. Just click it.

Here is a picture of a beautiful redhead as a reward. 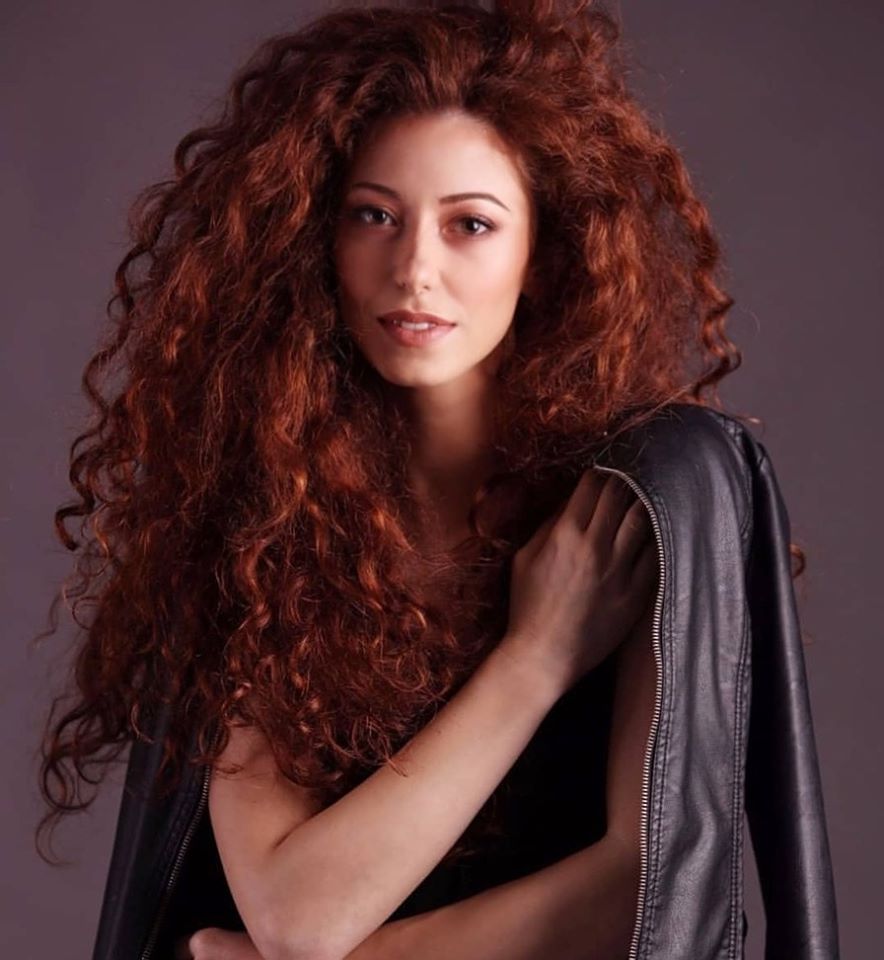 We knew that you were so very smart and special.

You were just waiting to be discovered.

You always had it in you, you just needed the world to know.

Take a deep breath and stretch out your arms.

Welcome to the rest of your life. You’ll never be alone again.

At least, as long as you have us.

My hunch is that this is just one more shoe dropping, in what will quickly become an avalanche of accusations against Biden. It’s kind of like what happened with Roy Moore. The guy had been in public life in Alabama for decades, and I’d followed Moore’s career since the 1990s, and never heard a word of any inappropriate behavior by him. Then all at once, Moore was accused by a half-dozen women of having harassed them when they were teenagers in the 1970s and ’80s. This avalanche effect has toppled many prominent men in the #MeToo era; once the first accusation of misconduct is made, the accusers seem to come out of the woodwork. One day you’re a senator or a movie star or a network news anchor, and next thing you know Gloria Allred’s holding a press conference with weeping “survivors” and your career’s over.

Once someone becomes a target of this machinery of destruction, the result is never really in doubt. If indeed Biden made the remark attributed to him, isn’t it likely he’s made similar remarks to other large-breasted girls? Of course it is, and now that the starting whistle of the #MeToo Accusation Derby has blown, every other woman who was ever an object of Biden’s interest will soon come forward to tell her tale.

Ho ho ho and diddly dee. The conservative right is rolling around in ecstasy clover at the thought of Joe Biden going down to the #MeTooIamSpecials movement.

But I don’t get it. With Joe Biden as the nominee it means that Trump is more or less a shoe-in. Can you imagine anyone less capable for the role of president? A debate between Trump and Biden would just about be the best thing ever, apart from that time my late grandmother said that yes, I could break all the family china, (that was when I discovered that there was such a thing as sarcasm).

Is the term china racist? We even had the good china when company came to dinner. Does this mean that there was bad china??

Lordy, it sure gets complicated. That’s why you need us looking out for you.

An old pal and good friend of The Friday hawt chicks & links is Max Headroom. Occasionally we hang out together and shoot the beans. I mean that literally; we shoot beans off beanstalks. Max is getting on a bit now but he’s still way out there in front of the bend. He doesn’t like to talk much about current events such as the Big C. But here’s a good overview of the Max Headroom phenomenon.

However, towards the end of the video is the following quote:

Max was always a very political, anarchic, satirical character that wanted to comment on the world around him.

We wanted to hold up a mirror to the right wing and the only way to do that was to make fun of the right wing through Max Headroom being the arch conservative Republican.

Max is the complete diametric opposite to Edison Carter who is a gung ho investigative journalist let’s get it all right out in the open, liberal left wing.

Let’s get it all right out in the open?

Look, who do you want on your team? Gung ho limp wristed pajama boy investigative journalist or Max Headroom?

But do you see what we mean about everyone having an agenda? They wanted to mock the right wing. But instead, they made the right wing cool. Max is still cool after all this time. Who do you want at your dinner party?

Pick one and then take a big dose of shut the fuck up.

Deep Strength drops some truth bombs on the manosphere.

The problem with a lot of conventional RP wisdom is that there are a lot of half truths that sound right, but when you examine them they’re false.

The reason why this particular trope tends to get traction is because the men talking around the manosphere were or are primarily:

Unattractive and there to understand women and get one for themselves. They were previous “blue pill” and one of the infatuation types who loved their woman for who they were, even as she was pursuing other men more attractive than him. This is what eventually got them to stumble upon why his woman didn’t accept him for who he was and left him.

Frivorced and/or blindsided by their wives or dumped by their girlfriends (and haven’t dumped women much if at all themselves). In general, if the boyfriend or husband was super committed to the marriage but the girlfriend or wife was not, the blindside makes it seems like they were all in and the women were not… when it was just the case that they couldn’t read the situation nor understand the nature of women.

Online forum discussions are the modern iteration of the Viennese coffeehouse.

Some readers might baulk at my lofty descriptions of blogging vis-à-vis the rudeness, sarcasm and indecency that they may observe in the blogosphere. Indeed Catallaxyfiles where I blog is often singled out as being particularly nasty. Many of those making that claim, however, are social democrats who are simply not used to being challenged by articulate, educated and intelligent individuals. They live in world where disagreement with their ideals can only be due to corruption or stupidity.

To be fair, that isn’t the entire explanation. Blogging may be a conversation but it is not genteel. It is robust; it is frank. Just as markets can be a bazaar so a conversation can be a cacophony. It is well documented that individuals can be more aggressive online than in real life; but, on the flip side, they can also be more considered, more eloquent – and, with the ability to link to other sites on the web, they can back up their arguments with evidence.

So to reject the legitimacy of conversation on the basis of tone is to place form above substance.

Hey! The Friday hawt chicks & links participates on Catallaxy Files! That must mean that we are articulated, educated and intelligent! God, we feel better already. Isn’t it great to be a part of something? Just great. Really. Wow. And the sun has just come out. It must be a sign. It must be a sign. 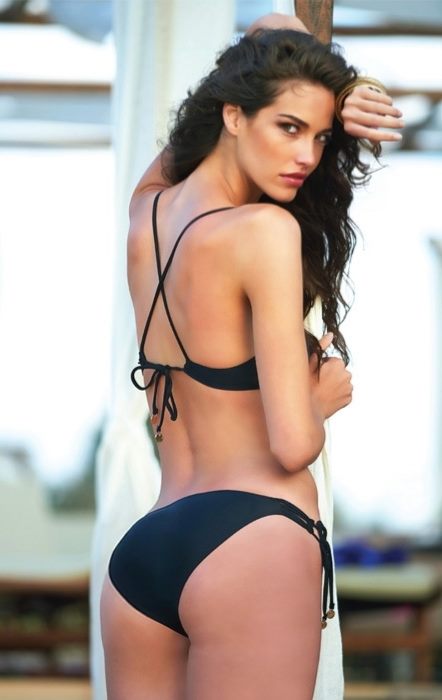 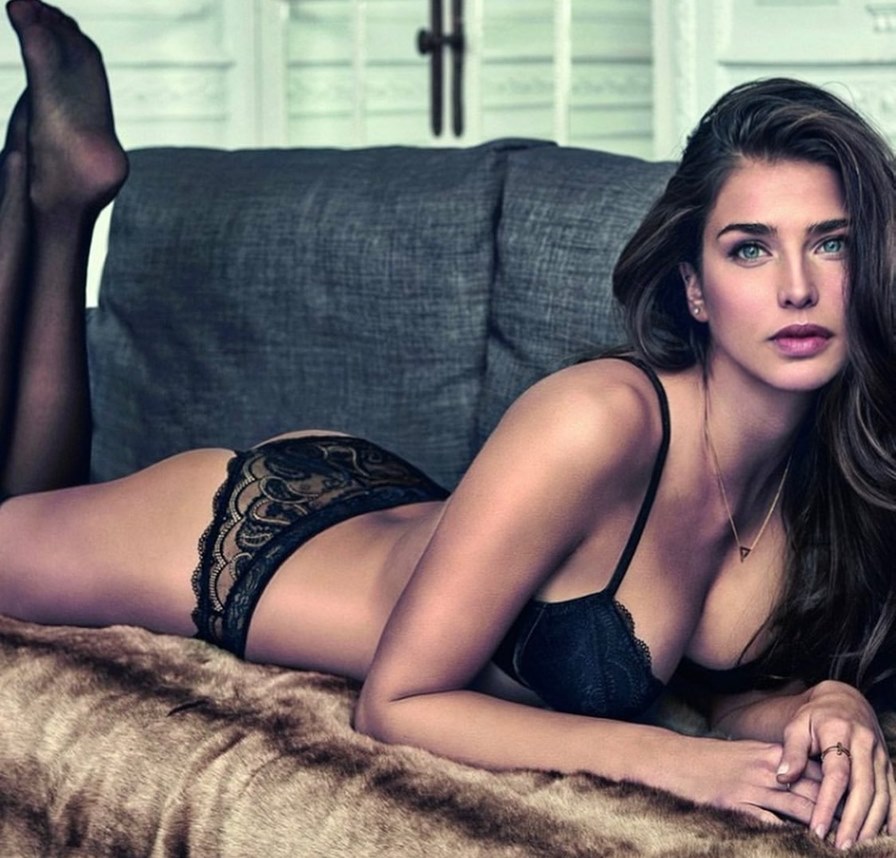