Do not let Kristina ‘Karen’ Keneally off the hook for immigration.

Australian Labor Senator for NSW and federal opposition spokeswoman on immigration and home affairs, Kristina Keneally, penned an article in the Sydney Morning Herald calling for migration levels to be dramatically curtailed in favor of jobs and training for native Australians. This has caused some consternation in the ranks of the ruling class, to put it mildly.

Scott Morrison took this policy shift to its political conclusion. In a cynical move, Morrison capped permanent migration at 160,000 a year and claimed it as a “congestion busting” measure, but at the same time allowed temporary migration to soar to historically high levels.

Unlike permanent visas, temporary visas are uncapped. As at June 2019 there were 2.1 million temporary visa holders here. Australia hosts the second largest migrant workforce in the OECD, second in total number only to the US.

Scott Morrison might have made a cyclical move, but this is an incredibly cynical piece from a woman who has been at the forefront of the political classes’ push for immigration over the last 20 years.

Keneally is herself an immigrant to Australia, arriving from the USA after she married the son of a prominent Australian and taking Australian citizenship in 2000. As her husband was deeply ensconced in Australian politics, it was no great effort for her to be parachuted into a safe state NSW Labor seat at the expense of her own husband.

It was in fact her husband Ben who was more interested in a political career, relying on his friendship with Joe Tripodi. However, the party’s affirmative action rules required a female candidate, so Keneally ran instead.

Although she personally benefited from anti-male party policy, she describes herself as staunch feminist. Keneally once berated her own diocese’s bishop on a local talk show, putting him on the spot to answer why girls could not be altar boys. This embracement of feminism carried over into her political career.

In her maiden speech, she talked about her commitment to social justice, equal opportunity for women and her Roman Catholic faith.

The inherent incoherence of these personal platforms led her to perform as you would expect. A brief perusal of her political career shows that she has been at the forefront of the overthrow of Australia via unchecked immigration. Keneally is the original Karen, a domineering busybody who wants to see the manager, but unfortunately for Australia she, and many of her ilk, became the manager. She is the strident banshee who instead of being disciplined as a child was continually told that she could be anything that she wanted and that she could change the world. 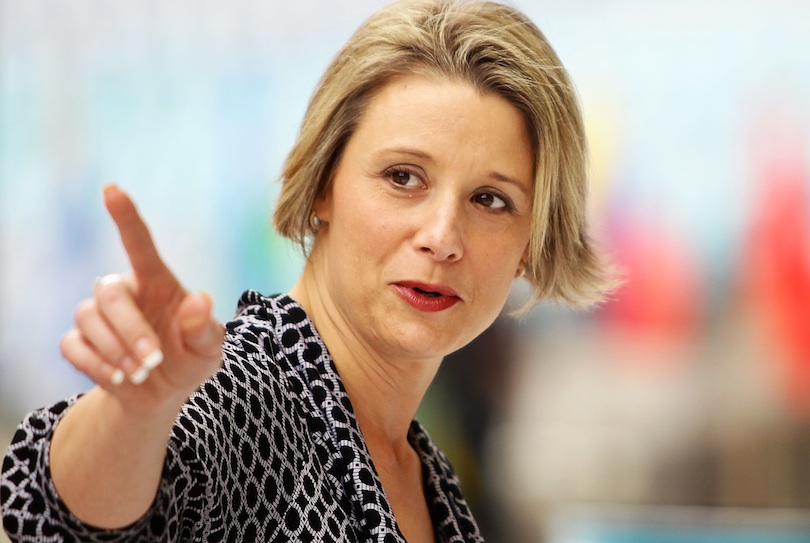 she even has the haircut …

But now she has suddenly woken up and discovered that the world has indeed changed, and not for the better. Under her watch, immigration levels in Australia have reached levels that are not just beyond absurd; they are criminal. And as she is less obtuse than her colleagues, perhaps the last few weeks in Chinese pox lock down has provided her with an uneasy awareness that things might never be the same again.

When the architects of the great replacement begin publicly questioning their own dogma then it is a sure sign that some rats at least understand that the ship is in very great danger of sinking.

But we do not need Keneally’s words. We do not need her to justify what we have been saying for some time. Apart from the fact that we hardly need an immigrant to tell us that we need to stop immigration, we should not let her and her ilk off the hook. They created this mess, and rest assured that it is a very gigantic mess. They must be made to pay for their crimes. That Penny Wong is defending Keneally’s call for reducing immigration tells you everything that you need to know. The millions of immigrants did not get with the magic dirt program and transform themselves into Australians. We have created enormous foreign enclaves in our midst who are still beholden and often loyal to the cultures from which they came. And now those responsible are getting nervous.

Do not celebrate this foolish immigrant woman just because she is now saying the right words. Our reluctance to fight women like this is one of the main reasons that we are in this mess to begin with. We don’t need or want her to undo the damage that she has caused. She needs to shut her mouth and above all else she needs to pack her bags and go back to where she came from.

While she still can.

Take your democracy and shove it.