Friday hawt chicks & links – The I want to speak to the sergeant edition.

A member of Australia’s constabulary dropped by this week to give us an update on how the boys in blue approach the unmysterious entity known as a Karen.

Being a police officer in one of the smaller states Down Under (where the government’s Wuhan Virus rules are pretty relaxed) the rise of the Karen is irrefutable. It has however offered me and my like-minded officers a never-ending source of amusement when we mess with the child-like mind of the Karen…

Grabbing lunch on-duty from a cafe still allowed to open, Karen waddles over and demands to know what we’re doing about some group of boys at the skate park. My fellow officer and I decided a full investigation was needed. “Are they any good at skateboarding?” “Do you have evidence such a group is actually there?” Proceeds to play video of boys skating and taunting her. “Why are you filming children in public?” “Are you aware my steak sandwich is getting cold?”

The Karen was by now ready to explode. Demanded to speak to the Sergeant, that’ll be me. She stormed out and drove off in a car with an expired registration. Now I take my job seriously so a traffic stop and a ticket was the only course of action available to me.

Look for the bright side lads. We need never fear a Karen being a silent enemy, they advertise their insanity for all to see

The Friday hawt chicks & links is heartened by this overwhelmingly sensible approach to the rise of the female snitches in our midst. How satisfying it must be to be able to inform the Karen that you yourself are in fact the manager, or in this case, the sergeant. Asking to see the sergeant is the police force equivalent of the Karen demanding to see the manager. And by see, we mean browbeat while informing the manager-type that their own staff are at best suspect and at worst complicit in the crimes that the Karen has identified.

Other variances on the theme of demanding to see the manager might include the following:

But for every sergeant with his head screwed on right there are multiple examples of the following:

The SWAT team that raided a Texas bar for daring to open have been dubbed ‘Meal Team 6’.

Look at the cops that did that swat thing today. Omg. pic.twitter.com/fnIOCroGLI

try getting a shot in there. I reckon it would be rather challenging to hit the bullet-proof vest …

Of course, some stand up individuals are getting their own back at the idiots with a uniform and half a brain cell. 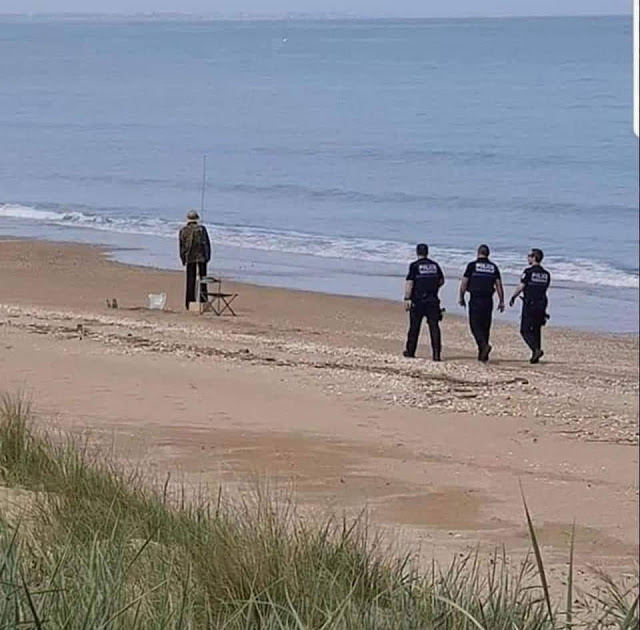 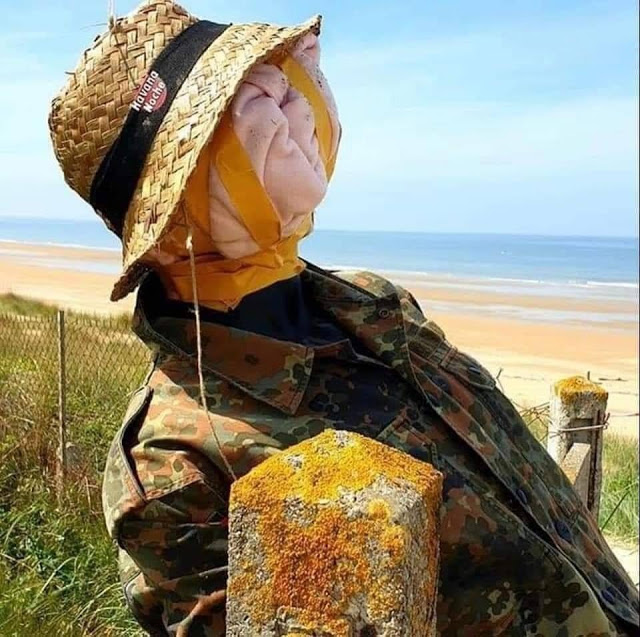 John Wilder thinks that this all means that the government doesn’t actually like you or have your best interests at heart. I reckon he’s been smoking some of that Nepalese hooch. Blow your head right off.

Democide means, in a really short definition, your government deciding you’re wasting too much of your country’s valuable oxygen. It doesn’t matter why. It’s that your government decides that’ it’s not them, it’s you. It doesn’t mean the Russians killing German soldiers. It doesn’t include the Germans bombing the Russians, soldiers or not. It includes the Russians killing Russian civilians. It also includes the Russians killing German civilians after they take over the places where the Germans were living, and vice-versa. So, Stalin didn’t kill only Russians, but that was who he was most fond of killing. And Mao? Mao pretty much exclusively killed Chinese during his bouts of democide, perhaps because take-out had yet to be invented.

I’m thinking that the coming US election might be rather critical. Just putting that out there.

Taki reckons that Trump is gone and toasted.

As things now stand, Trump’s reelection seems a pipe dream, although six months in politics is a century in real life. A multipronged attack by those who profit from unrestrained globalism, coupled with the media’s excoriation of anything Trumpian, means sleepy Joe Biden will be America’s 46th president. The problem, of course, is who will take over once he’s declared incompetent because of dementia? It will be a woman, needless to say, probably a black lady, or Amy Klobuchar, the only presidential candidate who didn’t call him an incompetent fool during the debates.

Good-for-nothing geriatric Greek playboy. What the hell does he know? Too busy counting all of the oil tankers that he doesn’t own anymore.

Kim has no patience for pranksters or practical jokes. For the sort in which physical harm is made I am in complete agreement. A prank is designed to humiliate the target with the added insult that if the target rightfully gets upset then they are mocked for having ‘no sense of humor’ while the cowards who perpetrated the prank hide behind the old, “it was only as joke” falsehood.

Kim linked to this video which some are calling the slap that went around the world.

It’s not bad, quite good really. But there’s a better one. A MUCH better one.

A wonderful examination of why nicotine is good for you.

In the midst of so much social hysteria and propaganda of fear, it is a pleasure to find some serenity and common sense in the statements of some doctors about the benefits of tobacco. According to recent studies, smokers may be more resistant to the new plague. This is a wonderful discovery for tobacco lovers, who have suffered decades of jihadist prosecution for their virtuous vices.

Many doctors recoil in shock when checking the statistics of those infected, whether the patients are smokers or not. We are already with the mathematical strip-tease: “Statistics are like bikinis: What they reveal is suggestive but what they conceal is vital.”

In the New World, a paradise without a mania for overdressing, the pantheistic Indians already knew about the healing powers of tobacco and considered their holy smoke a communion of man with the divine. The art of smoking soon spread throughout Spain, thanks to Rodrigo de Jerez and Luis de Torres, who had accompanied Christopher Columbus. In England the smoking ambassador was Sir Walter Raleigh, gallant pirate and man of letters who lost his head with that first anti-tobacco Taliban that was James I. In France Catherine de’ Medici (always curious about poisons and elixirs) was tobacco’s great supporter, thanks to the wise advice of doctor Jean Nicot, who considered the new plant a panacea and patented alkaloid nicotine with his name.

Since its American export to the rest of the planet, most artists, priests, and doctors have been great fans of tobacco. Only in the Anglo-Saxon world did it go from love to hate. During Victoria’s long reign, tobacco was so frowned upon that the French ambassador had to lie down on the floor and stick his head into the fireplace in order to take a drag. Then came her son Edward, who fortunately was a bon vivant, a lover of peace and the joys of life. His first order was a generous “Gentlemen, you may smoke.”

This is one of those articles that I wish that I had written. It’s about feminism.

The long and the short of it is, if women are to be disenfranchised democracy will have to be abolished as well. Given its deep roots in Western civilization, that is a much harder proposition. Who could make the attempt? For Ms. Atwood the answer is clear: the armed forces which, throughout history and until very recently, used to be the bastions of masculinity. Or, more specifically, some secret group active within them and ready to take the bit between its teeth. Perhaps we might add elements of the police, the intelligence services, and various private security organizations. Here it is important to realize that many of those organizations’ CEOs are themselves former generals and senior police officers, making it easier for them to communicate and cooperate.

Whatever their precise nature, what makes these organizations potentially dangerous is not just the fact that they are authorized to carry weapons and, in certain cases, use them. It is their members’ detailed grasp of the way the state security organs work and, therefore, how they can be subverted and/or harnessed to the conspirators’ purpose. Who is in charge of what? Whom does he report to? What channels does he use, and how to ensure that those channels either remain open or are blocked?

Mounting a coup is not cheap. In this case the money may come from the kind of billionaire worried about being made to share Harvey Weinstein’s fate—and, given the brave new judiciary climate as well as the growing menace of #MeToo, what billionaire shouldn’t be? In the novels, all we really know about the conspirators is that they call themselves the Sons of Jacob. The reference is to the patriarch of that name. Tricked into marrying two sisters, he discovered that the younger one was unable to have children. Jealous of her sister, she nagged him (“give me children, or else I die”) until he gave way and slept with her handmaid. Now it was the turn of the older one to become jealous, so he impregnated her as well. 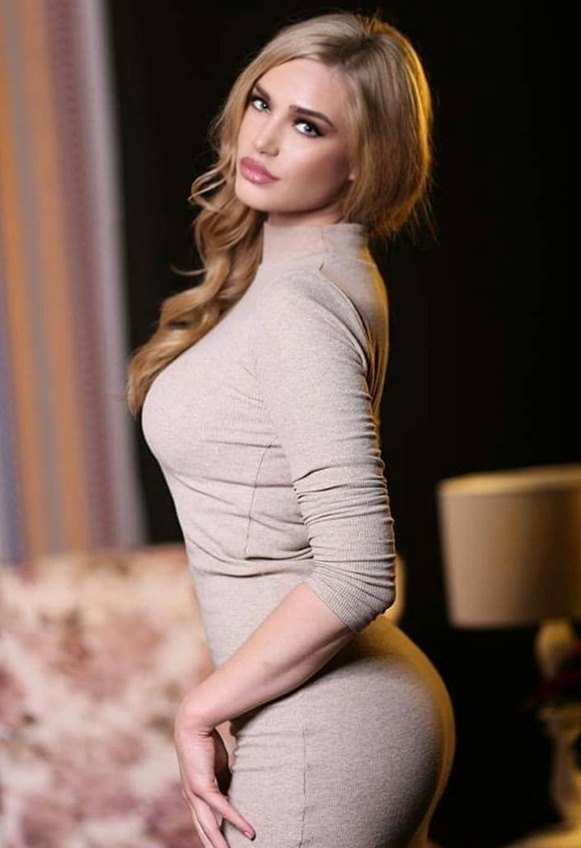 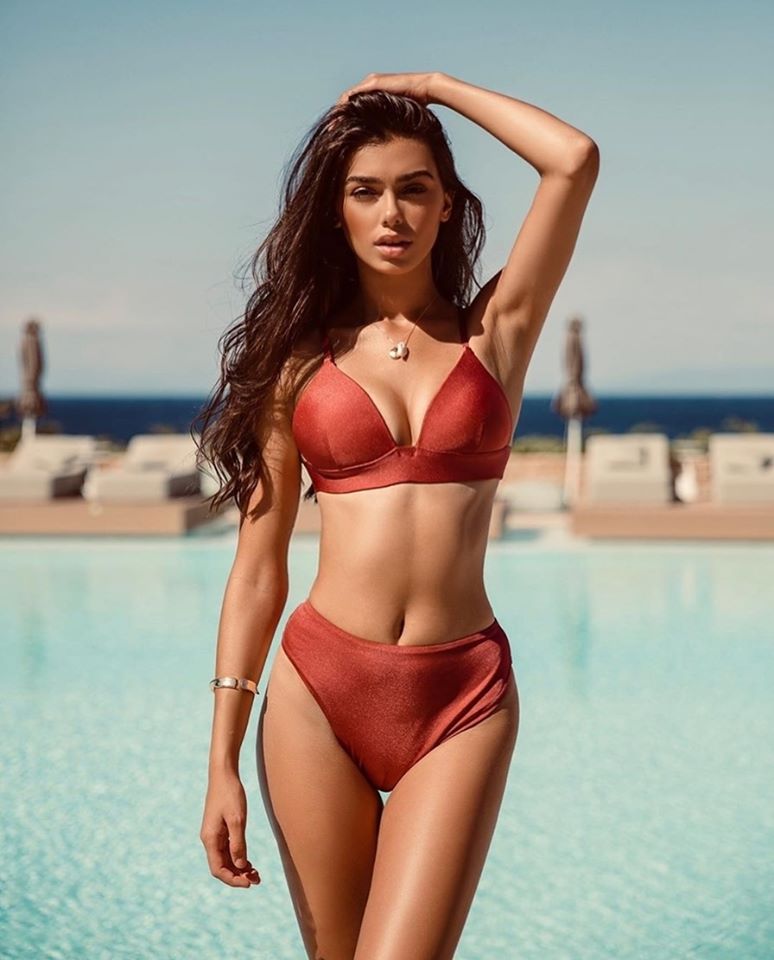 The answer to the Karen is the patriarchy.