Is there life after cats?

Although it is a well known and often sourced trope to predict a life of cats for women fully committed to the barren path of following their inner voices to a myriad of unfulfilling destinations, little thought is given to what lies after this. Or parallel to this.

Perchance it is because we do not care. That is right and without dispute. But as it so happens, I did chance upon a snippet of news from your average trustworthy news site, as trustworthy as that guy in the dirty van with the darkened windows loitering outside the school gates.

To understand what happens to western women after the cats, read on. 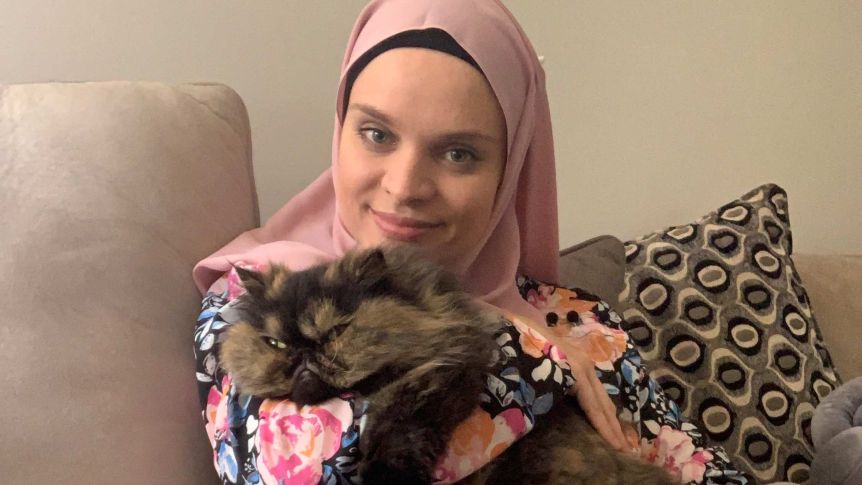 When Zahra Fielding downloaded an Ottoman-inspired phone game, she didn’t expect it would introduce her to new friends, let alone Islam.

In fact, the game caught her attention because of its suggestive nature.

“When I first downloaded the game, it was out of curiosity, coming across on Facebook ads — and really, intensely wrong ads,” she recalls.

“I’m like, ‘Surely there can’t be a game like this that would do that or talk about women in that way.'”

“I’m like”. These horrendous women will be talking that way in 50 years’ time. Kill me now. With bleach. In the eyes.

Earlier this year, Zahra began attending Kuraby Mosque in Brisbane and made her Shahada, the Islamic profession of faith.

She’s one of thousands of Westerners who convert to the faith annually, though Zahra prefers the term “revert” because she says in Islam, everyone is born Muslim.

Oh really? Then what’s with all of the killing of us infidels then? Why not just “revert” us? Seems a bit like propaganda to me. You know, the subtle kind. Well done ABC, the taxpayer funded broadcaster to the tune of a cool billion.

“I let the sister who did my Shahada know that I would be interested in looking into an arranged marriage, because I’m tired of being heartbroken and I’d like a husband,” Zahra explains.

“She said she’d put together my profile, then I jumped onto this Muslim marriage app.”

Just as Zahra formed an unexpected international friendship with Kim on a mobile phone game, she’s now met her fiance online, too.

“He does digital editing for a [Muslim] revert organisation in Kuala Lumpur, so he was really fascinated with my story and wanted to know about how I found Islam,” she says.

[Cue 2024 ABC story of Australian woman desperately attempting to escape tyrannical clutches of Muslim husband who has her kids. We’re like, we don’t care, sweetheart. We don’t care.]