The Friday hawt chicks & links has spent the past week contemplating the stupidity that abounds in the universe. How could a creation so wondrous and complicated have to endure so much stupidity? Based on the old intelligence bell curve, the default point for most human beings is stupidity. But when you add the number of technically intelligent people who succumb to stupidity due to mass peer pressure, then the numbers of the truly intelligent are smaller than the boobies on a girl who advertises herself on any random dating site as being athletic.

Examining the many layers of stupidity present in the fascination of middle class whites to worship the black lives matter con is a rabbit hole that you do not want to fall into. It is the opinion of the Friday hawt chicks & links that the middle class as an entity is an aberration that human societies can never survive. We go well when we have an aristocracy, a priesthood, a warrior caste, and the numberless serfs. Everyone knows their place. But the middle class is an unnatural condition in which is contained the seeds of its own destruction. The middle class exists in spite of a healthy society, not because of it. Thus the people who inhabit the middle class feel a variety of emotions and fears. They feel guilt at inhabiting a place which they do not deserve. They feel unsatisfied as they imagine that it is their due to rise even higher on the artificial societal totem pole. And they feel real fear that they might slip back into the ranks of the unwashed.

The middle class whites that you see displaying their virtue do so with these motivations as their driving force. And the black population at an instinctive level understands and exploits it. Truly one of the few moments when whites have been collectively more stupid than blacks. And that is the power of breaking down the natural bonds which held us all.

Below the cut I present the most stupid thing that I have seen for a very long time. It was posted on a social media feed by a woman who I used to have, shall we see, intimate relations when I was a teenager. What can I say? I told you to date the stupid girls. 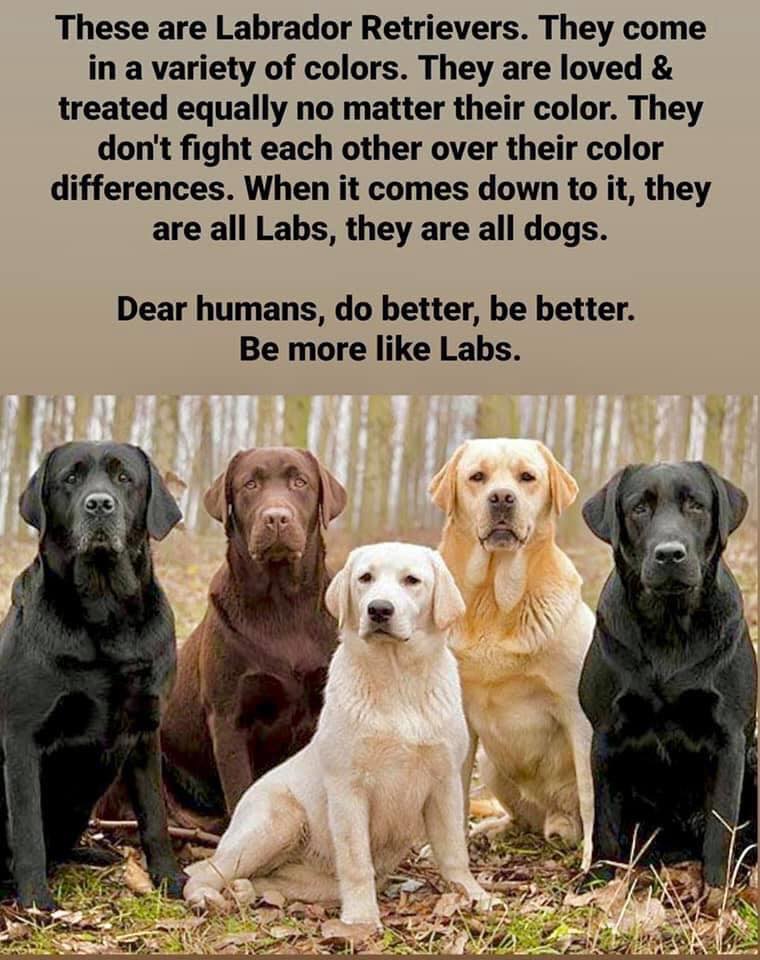 these labs look sad because they heard how stupid we are …

The Vaseline princess lectures us all on how awful us whites are for being racist because we are white.

Since the dark day that Charlton Heston hung up his wig, no man in Hollywood has held more guns than Prince Harry. Meghan’s husband is — or was, until she had a word — a habitual hunter of furry animals. He also served two tours as a helicopter gunner in Afghanistan. Prince Harry probably fired more rounds at people of color than the combined police departments of America have over the last week. But Meghan bravely soldiers on.

In apartheid Britain, the aristocracy call it noblesse oblige: the duties that come with the privilege of rank. Mostly, Meghan feels obliged to aggrandize herself by speaking down to us peasants. As a prince or an archbishop might have mounted the steps of a church and lectured the unlettered turnip-suckers of yore on their ignorance and wickedness, so Meghan and her dim duke claim the right to hector us about our depravity.

Meghan is a peasant who gate crashed her way into the aristocracy and her head imploded at the complexity of it all. Exhibit A of the hypothesis presented at the start of this edition.

Here’s the list of all the companies that support BLM and want you to continue to self destruct to the point where you can’t afford to buy their products anymore. The stupid goes all the way to the top.

That Jaguar is looking better and better.

China, one of the most racist nations in the world, warns its citizens not to travel to Australia because we are so racist.

The Chinese Ministry of Culture and Tourism has issued a travel alert to its citizens warning them not to travel to Australia due to a “significant increase” in racist attacks on “Chinese and Asian people”.

The statement issued on Friday (local time) said the alleged attacks came in the aftermath of the coronavirus pandemic.

“Due to the impact of the COVID-19 pandemic, racial discrimination and violence against Chinese and Asian people in Australia have seen a significant increase,” the statement said.

“The Ministry of Culture and Tourism reminds Chinese tourists to enhance their safety awareness and do not travel to Australia.”

The warning came after China’s state-run tabloid Global Times published an editorial warning Chinese students to “be cautious about studying in Australia”.

When aggressive nations are about to drop the hammer they routinely make at least a token effort to warn their own citizens to get out.

Canadian Prime Minister Justin Trudeau on Friday took a knee during an anti-racism protest on Parliament Hill in Ottawa but was still mocked by his fellow demonstrators.

Trudeau was initially mum about whether he would attend the event but showed up mid-afternoon in a black face mask while flanked by his security detail.

Several protesters shouted at the Canadian prime minister to “stand up to Trump.”

The modern man knows that there is only one time in his life that it is appropriate to kneel, and that is when he is asking God for forgiveness for what he is about to do to His enemies.

A short video of a marine biologist explaining DNA sequencing and calmly demolishing the evolutionary myth. H/T Men of the West.

Just to be clear, all of the riots and demonstrations, all of the looting and genuflecting, all of the virtue signaling and simply inane pronouncements, all of it is about getting rid of President Trump. This is their last throw of the dice. They cannot handle 4 more years. They have tried every method to get rid of him and now it comes to this. They would rather destroy their nation than have Trump undo their work and save it. But it is not their nation at all. They are imposters, immigrant blow-ins entirely separate from the founding fathers. The lesson is that you do not let immigrants in, and if you do then you impose restrictions on them participating in and influencing civic life for at least 100 generations.

Comment of the week on the old blog comes from Dave.

His argument is that our it didn’t happen last year, last decade, or even last century. This has been going on since the Protestant Reformation. This woman, and the chaos in the streets, is the inevitable outcome of a centuries long play by the devil and his puppets.

In a nutshell, the true order (as understood by all western Europeans) was God – Catholic Church – King – Aristocracy – Middle Class- workers – nature/animals.

Almost all wars of consequence since the Protestant Reformation have been won be the wrong side, and each subsequent loss pushed the revolution further down that line of God’s order.

The Thirty years war – effective loss for the Church. Protestantism survives, and the Church would by default need to compromise increasingly henceforth.

English Civil War – An absolute disaster. The King is executed, Puritanism flourishes (and will later spread to the USA), and although the Monarchy is restored, Parliament (aka the Aristocracy – for the time being at least) is effectively in charge.

French/US revolutions: No pretence. The King is overthrown by the same movement in both nations. Yes the US founders were gentlemen. Yes they were aristocrats, but still they were revolutionaries in rebellion against their somewhat ‘tainted’ (by Henry VIII forming his own Church and the execution of Charles I during the civil war) but still rightful King . The movement away from God continues.

US Civil War: Now the Aristocrats are overthrown. The Confederate leaders were gentlemen and aristocrats, the North under Lincoln were middle class businessmen. Out with the old and in with the new. The USA ceased to be land of free born Britons, and is now a money making enterprise importing labour from all the world over.

Post WW1: Communist and socialist revolutions galore. The workers are now in charge. The Tsar is gone. The last of the old order with him. Germany effectively has two revolutions. The USA has a socialist overthrow of Lincolns middle class business ruling elite with the New Deal. The Aristocrats of the House of Lords are starting to be replaced, and Parliament is now made up of all classes of people.

Today: Now the workers have been overthrown. Their jobs exported, while their third world replacement populations have been imported and allowed to create anarchy on the streets without opposition. The worship of the environment is promoted as the greatest good.

In 500 years, the actual order of the world has been incrementally degraded to the point where it has been tuned on its head.

If we take the above understanding to be a true evaluation of events, the problem is, how is it even possible to reverse it? The non USA anglospshere retains the trappings of the old order via the Monarchy. Yet its still a watered down version of the pre Henry VIII monarchy.

The remnants of the USA cling to their aristocratic constitution and fair play rules, but that is laughable considering the demographics of the union. If the confederates couldn’t make a case for states rights in the 1860’s, good luck making that case in clown world today.

Meanwhile, the Catholic Church has itself been white anted, and we have that fool of Pope sitting in the Chair of St Peter.

I disagree with his positioning of the middle class; as I previously stated that is an aberration. But the rest is good. Well done, Dave. You get a cookie.

Liberalism is a gift from the Devil.

Since the 1960s, essentially little has changed in the neighborhoods at the center of those long-ago urban riots. By current telling, they are about as poor, as crime-ridden, as under-educated and in poor health as they were when LBJ said he would change them. That means five decades of stasis and stagnation in America’s most marginalized places, virtually all of it under Democratic—now “progressive”—political control.

The failure of the liberal model is by now so embarrassing that the current owners of that model have created an alternative universe of explanations, such as blaming it on American settlers in the early 17th century or the nonexistence of “justice.” 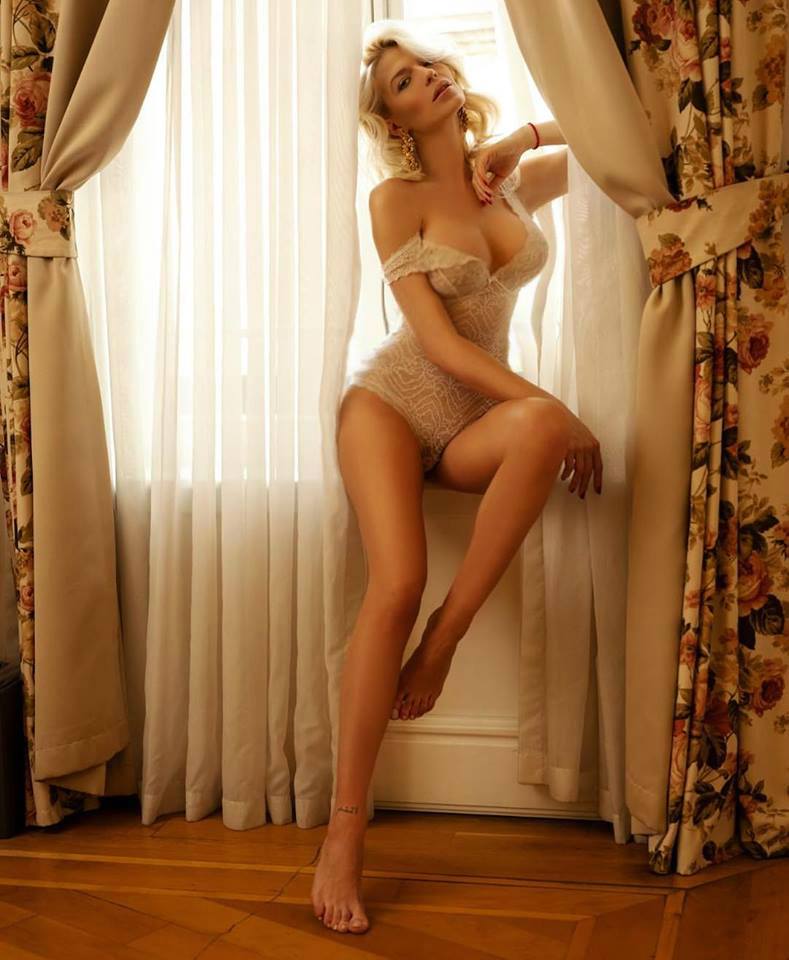 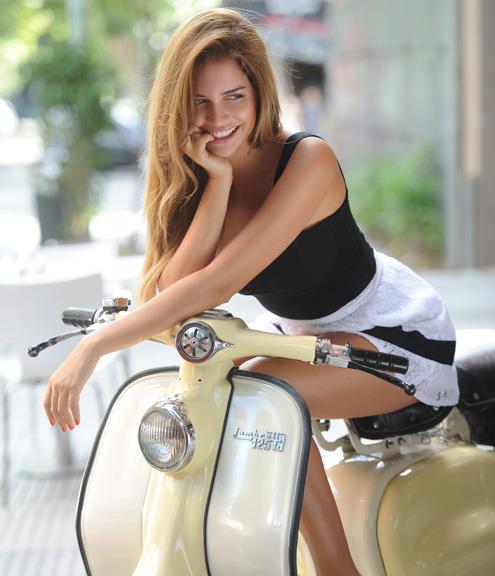 Whites going their own way.