Recently I was having a discussion with a young man of my acquaintance. Topics were the usual stuff; life, death, the universe, you know the drill. He had decided on a course of action that were I to describe it here, the majority of you would be snorting the type of howls of derision that would make a pigsty blush.

I listened to his course of action. He laid it out in a very rational way, although his demeanor was not that of a calm man. He struggled to keep check on his emotions. I could see that he wanted to get angry with me for even asking certain questions, for raising particular topics. But the social conventions of our time required both that I ask the questions and that he respond in a sympathetic manner. So we did not fall to beating each other with fine pieces of hickory.

It was only later that the true implications of the conversation dawned on me.

END_OF_DOCUMENT_TOKEN_TO_BE_REPLACED

A number of readers have left comments and sent me emails expressing bemusement at the hysterical authoritarian overreaction to the Chinese sniffles in Victoria specifically, but Australia in general. While the state of Victoria is undoubtedly the epicenter of jack-booted lunacy, the rest of the country is not doing too well either in the face of the great plague that never was. From nobody being allowed in or out of Western Australia for months to patients attempting to use hospitals being turned away as they are from the “wrong” state, the list of mindless overuse of powers is a woeful indictment of Australia as a society.

These two threads at Catallaxy Files give a suitable taste for what is going on at the moment. There are many more example posted in the comments. Pay particular note of the number of videos showing Melbourne police enthusiastically adopting behavior which could be labeled as ‘literally Hitler’ without too much of an over exaggeration.

The world is laughing at us.

This used to be a joke …

So what is going on? Is this some strange new turn of affairs or has Australia always been this way?

END_OF_DOCUMENT_TOKEN_TO_BE_REPLACED

Friday hawt chicks & links – The stay away from crowds edition.

The Friday hawt chicks & links comes quietly back to your various functioning devices. For now our communication lines are open. But who knows what the future may bring. Perhaps this humble website will eventually have to go underground in printed form in order to get out the good word to the true believers. The Hungarians and Czechs from mid-20th century Europe would have some words of advice on this matter, one would presume, among other nations who have felt the jackboot on the neck in recent times.

Our own jackboot has been long coming, but its weight is slowly settling down of its own accord. For nothing short of bloody revolution can stop it now. It has a mind of its own, a mob mind that will consume us and itself faster than a moth in a flame. My words are not meant to discourage or to inspire feelings of hopelessness. But sometimes acknowledging the reality of a looming situation can do wonders for making people better prepared so that they are not caught wholly up in the net of becoming an unwitting victim.

So we vaguely sketch out the battle lines and wonder how it will fall. Which countries will go under quickly, which ones will make a fight of it and which ones will drag down those around them. And for all of those young men who for the past decade or so have been wishing that they had been born in a time when they could have real adventures, your wishes may about to become true. Lucky you.

But for now, we return to our regular program feature. On with the show.

END_OF_DOCUMENT_TOKEN_TO_BE_REPLACED

We use a great many pejoratives to describe the left. Many of these are familiar to most of my readers; labels such as SJWs, progs, feminazis, the prog left, NPCs, the woke, globohomo and many others. There are also terms that are not so common but add up to the same thing. I’m thinking along the lines of prog scolds, suburban thugs, POX, among others.

The key to the effectiveness of this sort of thing is in how best it describes our enemies and in how much they hate it. NPC was a great meme example of this in action as it sent the left into complete hysteria, such was its accuracy. But in the scheme of things this sort of labeling is somewhat counterproductive in that it disseminates our enemies into many seemingly disparate groups, when in reality they are all of the same agency; the same underlying foundation; of the same fruit.

END_OF_DOCUMENT_TOKEN_TO_BE_REPLACED

My birthday began on a hotel terrace high up in the Italian Alps. The day was already hot and the night had been somewhat unbearable; a cramped and stifling room with decor dating from some seventies brown tile explosion. The tiling came down the bathroom walls and segued onto the floor without even a semblance of hesitation. They might have tiled the ceiling as well but I was too overawed to look.

I had arrived the day before on instructions from friends who had booked me the room. My usual hotel in this neck of the woods was charging over 400 euros for a night’s stay in one of their cubicles. The reason for that outrageousness is that the Italian Alps were coming apart at the seams with all of the Italian blow-ins desperate for a holiday now that the usual Egyptian and Spanish resorts were off limits. My first hint of the scale of the invasion was on the roads. It was obvious that many of the drivers were unused to mountain driving. To say that they were making a bad job of it is like saying that maybe Victorians have had a bit of a bum deal in the Covid stakes.

But for a measly 65 smackaroos I had an attic room with a single bed and a double dining banquette, just in case I invited in one of the cleaning staff for a sit down snack.

END_OF_DOCUMENT_TOKEN_TO_BE_REPLACED

I’m off for a few days, roaming around dusty mountain peaks while attempting to avoiding groups of spotted yodelers. 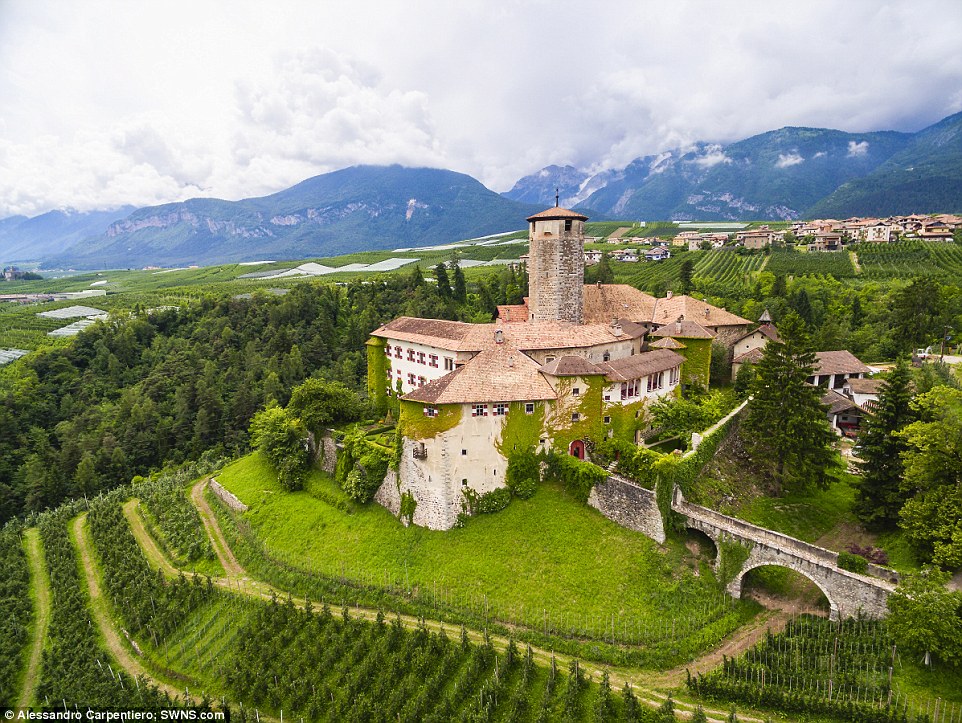 The not good times brought to you by Team Woman.

James Higham is upbeat because one of Trump’s ‘good guys’ had a win yesterday in Florida’s 21st Congressional District. The kicker? Well, she’s not a guy. Or at least, she doesn’t identify as one at this stage.

doing her best folded arm pose to look like a man …

END_OF_DOCUMENT_TOKEN_TO_BE_REPLACED

Greasy pole #14 – The flabby arms and so many morons episode.

The Great One and I get together again and talk all things crazy thots being thotty.

However, I tried uploading it to the douche bags at soundcloud and they demanded money from me. Screw that, and screw them. So you’ll have to listen to it over at The Great One’s website that is terminally stuck in 2002.

In a few weeks I will check out other options on the podcast hosting front. Suggestions are welcome.

Update: I managed to upload by deleting everything else. Woo-hoo!

Australia is the world leader in being a nanny state.

James Delingpole has a nice rant about how awful his home country now is.

Britain, on the other hand, is an embarrassing mess: a nation of snitches and cry-bullies, tinpot fascists and mask-compliant bedwetters, fattened and softened like the doomed rabbits in Cowslip’s warren on free handouts (courtesy of their future grandchildren), terrified not just of going back to work but even of venturing into shops and pubs, increasing the likelihood as each day of cowering inertia passes that Britain’s economic recovery will look less like a V and more like an L with a very, very long bottom.

As dreadful as the plight of the once great Britain is, it pales into complete insignificance when measured against the atrophied mess that is my own nation of Australia. Where Britain is threatening to topple over into the putrid pit, Australia is so far up to its eyeballs in muck and effluent that it wouldn’t even notice if Britain fell over and joined it.

END_OF_DOCUMENT_TOKEN_TO_BE_REPLACED

Here is a post from James with a selection of tweets from Republicans lamenting the fact that the Left in America were somewhat callous at the death of Donald Trump’s brother. Apparently ‘The Wrong Trump’ was trending on Twitter. Cue outrage from the Right. Can’t the left take a break for 5 minutes and be human, they lament.

No, they cannot. For a start, any non-self respecting prog would laugh at the very idea that they might show compassion or mercy for Trump in this way. They wouldn’t dare. They know very well that they would immediately be ostracized and devoured alive by their own side. They know this so well because it is what they would do if one of their besties would be so indiscreet as to display such weakness.

Nobody is going to be the one to stop clapping first.