The Friday hawt chicks and links notes the passage of this week with a wry raise of a weary eyebrow. The hated and diseased dwarf that straddled the halls of the Supreme Court went to her Master far below. Conservative publications around the world mourned her passing with solemn tributes that praised her dedication to the murder of unborn innocents as a fitting tribute to the pagan feminist cult. Conservatives must always be seen to be doing their perceived right thing, no matter how self-defeating or destructive.

Trump is all but certain to raise up another female to replace the one just dead. Apparently she is made of the right stuff, one of our own. If that were true she would be stoking the fire in her home’s hearth. Instead, she has dedicated her life to destroying it by following the deceitful promises spread in part by the woman that she wants so desperately to replace. And although she is apparently on our side now, she is a woman and this seat is for life. In later years when she inevitably becomes embittered then we will see which way she leans.

But Trump plays the card that he must before the election. A woman, even a conservative woman, is the only choice acceptable to the strident minority. He cannot afford the distraction over the next several weeks. He knows his enemies and their plans better than we do.

Vox Day often talks about people taking the ticket. It is an effective analogy to draw the line between good and evil. We talk about taking the red pill to open our eyes to that which is around us. But in reality, it is the active choice to take the blue pill that separates us from our enemies. To take the ticket is to swallow that blue pill, to partake in the earthly pleasures and power that extract their inevitable price all too quickly. But it is also to check out and be subsumed by that which the powerful produce to enslave us. That is another way to take the ticket; the passive way. You give yourself over to your phone, or to porn, or to any of the many other modern snares to ancient vices.

Your willingness to not take the ticket is all that stands between you and the other.

END_OF_DOCUMENT_TOKEN_TO_BE_REPLACED

This week I wrote about how the true banality of evil inherent in democracy is the subsumption of powers from the elected representatives of the people to a faceless bureaucracy that is beholden and accountable to nobody.

Not three days after the fact and we have an astounding example of this from Australia with the title, The role of bureaucrats.

END_OF_DOCUMENT_TOKEN_TO_BE_REPLACED

The evil of democracy

Evil is ofttimes described as banal, at least to modern understandings. But if we examine the political and social enterprises of the last century, the adjective that springs to my mind is that of being mediocre. The very worst type of leader is not one that makes the wrong decision, but rather he who makes no decision at all.

Democracy gives the citizen credit for the air which he breathes rather than his accomplishments. By virtue of him coming into this world and making the most unremarkable achievement of surviving until his eighteenth year, the citizen is deemed worthy of participating in the decision making of the nation; or at least he is given the illusion of doing so. As the old saying goes, if your vote really did count then they wouldn’t let you cast it. Or, it is not the voting that matters but the counting.

END_OF_DOCUMENT_TOKEN_TO_BE_REPLACED

When the Australian gentleman who writes under the deeply ironic pseudonym Nikolai Vladivostok contacted me to look over a book he had written on financial advice, I did my usual inward groan and went outside and shot a few kittens in the kneecaps for the hell of it. The reason for this unusual behavior is that I get quite a number of book manuscripts sent my way to ‘have a look over’. The reason I hate these unsolicited advances are twofold: the books are invariably rubbish and written very badly indeed, and they are always, always about 100,000 words longer than they need to be.

Fun fact – when I launched my own first book, I too sent it out to people to read and promote it for me. The difference was that I had worked with two editors on the book, (in other words it was amazingly high quality), and I said that I would pay them for the time it took them to read it. Thus was launched my stellar writing career.

Anyhoo, I have some small respect for Nikolai so I gave it a look. And my feedback was far different than anything that I had given before. I told him that it was too short, far too short and that he needed to beef it up. And Nikolai followed my advice to the letter.

END_OF_DOCUMENT_TOKEN_TO_BE_REPLACED

The Friday hawt chicks & links comes to you very late this week, but better late than a poke in the eye with a dull spoon. This week brings us the news that God has moved on from drowning the world and has decided to go with the burn it with fire playbook instead. The west coast of the USA has been overrun with mostly peaceful fires that began completely spontaneously as a result of someone looking at me funny down at the pub last night.

Western Rife Shooters is puzzled at the preponderance of these combustions within artificial man made boundaries. 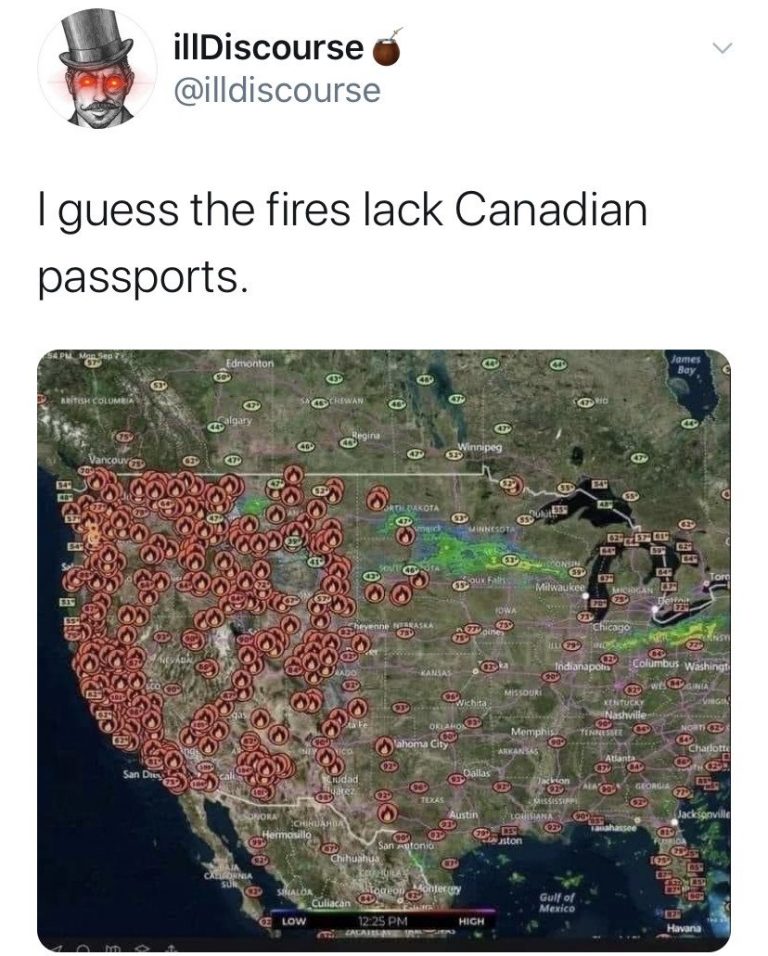 And Mexican ones by the look of it. Who can possibly understand what is going on. It’s a mystery.

END_OF_DOCUMENT_TOKEN_TO_BE_REPLACED

The Friday hawt chicks & links comes to you a day after the Marxist agitator in the USA was shot dead by police while resisting arrest. We know that he was actually resisting arrest because he was a Marxist and police are only ever going to shoot them if they’re doing something really bad. I mean, when every government agency is taking your side and quietly using you as their own personal shock troops then you’ve really got to do some quantum level of fucking up to get popped while the police are doing an arrest for the sake of it.

This guy was so sure of his own security in the scheme of things that he went on television to boast about his act of shooting a Trump supporter in cold blood. Is this the very first instance of a self declared murderer being given air time by a news channel and the cops haven’t even bothered to come and have a little chat with him? You couldn’t write this stuff. If you were a screenwriter making a pitch to the pedos in Hollywood and you came in with this very same exact chain of events as one of the plot lines in your movie, they’d look at you as if you were retarded.

So let me get this straight: you want a guy to randomly choose a Trump supporter, shoot him dead in cold blood while he’s prone, not get arrested nor even investigated, go on a news channel in the same town and openly boast about what he’s done and the cops still don’t do anything, then finally the cops decide that maybe, just maybe, they’re gonna take him in for questioning. At which he point he dies in a hail of gunfire.

Yeah, sure. The audience will believe that. No problem at all. What are you, high? Have you been sniffing your own product? Get outta here with that rubbish. That sort of thing doesn’t happen in real life. This is America, buddy. Can you believe that guy? What the hell was he thinking? Who let him in here in the first place? Someone find the guy that let that idiot in and fire his ass. I can’t even fathom what planet he’s on. Unbelievable.

END_OF_DOCUMENT_TOKEN_TO_BE_REPLACED

One of the striking features of industrial affairs in Australia is the power and obstinacy of militant unions. The state of Victoria is particularly enslaved to construction unions which exponentially increase the cost of commercial projects, while the maritime industry has been devastated nationwide by the stupidity and greed of the maritime union over several decades.

The situation was not helped by Margaret Thatcher’s war against the unions in the United Kingdom. Thatcher was determined to rid her country of the poison of union dominated industrial relations and she succeeded. But the cost was borne by other countries. British union ringleaders and officials finding themselves without their parasitic jobs needed to discover other pots of honey waiting in the far reaches of the globe. Many of them chose Australia, to its detriment.