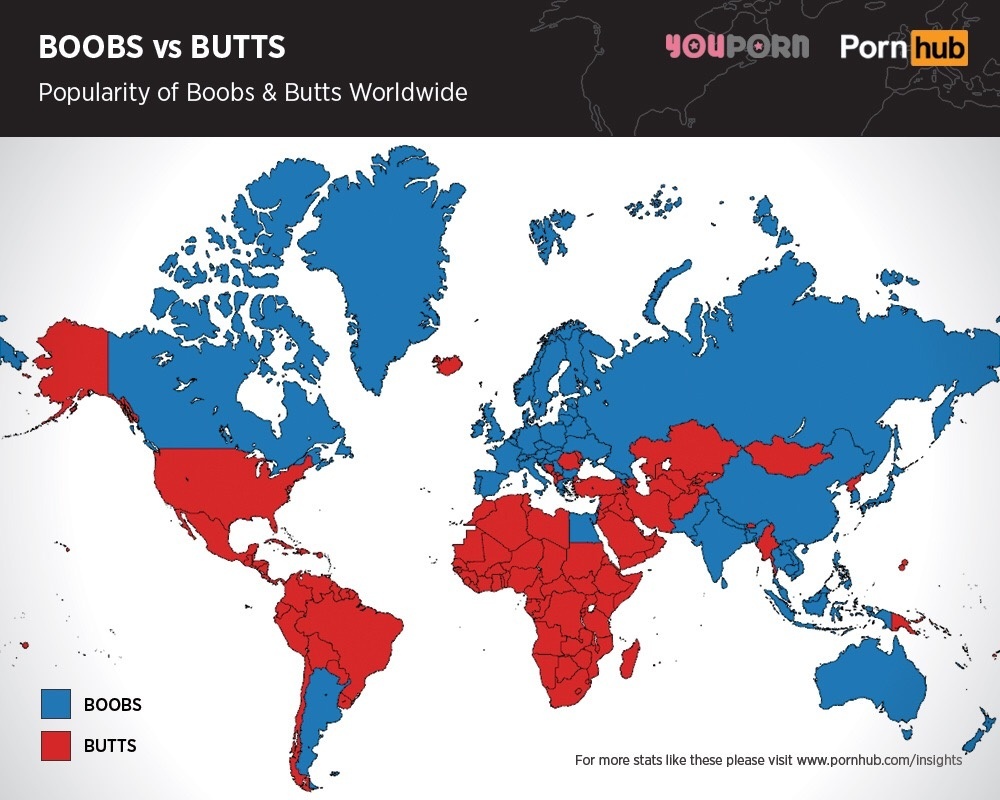 The USA runs together with Africa and most of South America. The only country in South America that doesn’t get with the bottoms program is Argentina. Argentina is the most European nation in that continent.

Asia is almost entirely pro-boobies. Asian women are mostly thin. It’s rare to see a fatty in that part of the word, so boobies it is. In other words, this isn’t a boobies versus bottoms examination as much as it is thin girls versus fatties. Notice Papua New Guinea all by itself in the red? Fat chicks galore there, or so I’ve been told.

And Iceland? I have no idea. But I’ve heard that they’re weird up there.